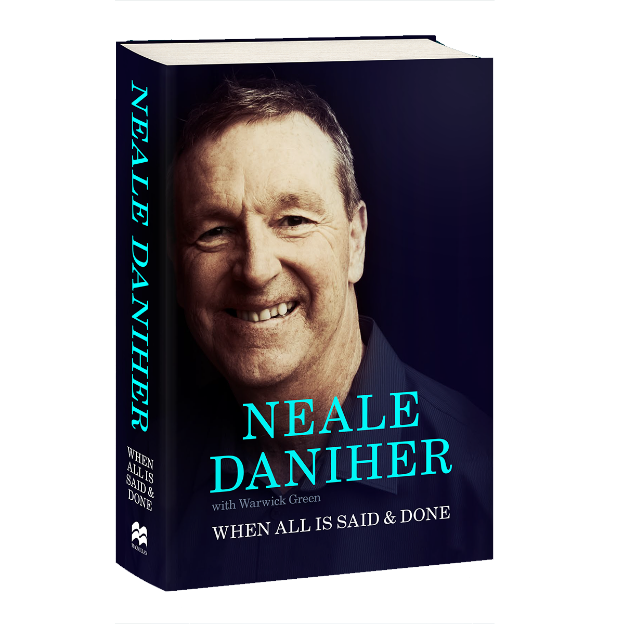 WHEN ALL IS
SAID & DONE 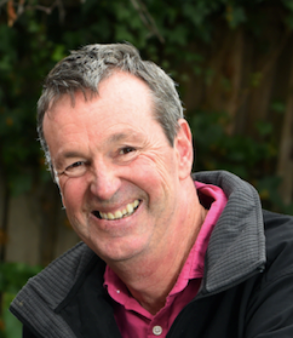 Neale Daniher AM was born in 1961 in Ungarie, a tiny town in New South Wales, the third of eleven children. A talented all-round sportsman, Neale’s passion was Australian Rules; he played for Essendon Football Club in a promising but injury-plagued career between 1979 and 1990. He was part of the famous Daniher football dynasty: four brothers from the bush who played a combined 752 VFL/AFL games.

In football, his off-field achievements are in coaching at Essendon, Fremantle and Melbourne football clubs, as inaugural CEO of the AFL Coaches Association, and as general manager of football operations with the West Coast Eagles.

Neale co-founded FightMND in 2014 after he was diagnosed with Motor Neurone Disease. The foundation raises awareness and vital funds for research to find a cure and better treatment for ‘The Beast’ that takes two lives every day in Australia.

In 2016, Neale received a Member of the Order of Australia (AM) award for services to community health and to Australian Rules football.

He and his wife, Jan, live in Melbourne and are the proud parents of Lauren, Luke, Bec and Ben, and grandparents of Cooper and Rosie.

‘A wise man said, “Life can only be understood backwards, but it must be lived forwards.” I understand the wisdom of this – right now, I don’t have much “forwards” left.’

WHEN ALL IS SAID & DONE

Neale Daniher sat down to pen a letter to the grandchildren he’ll never get to know. And then he kept on writing …

In 2013, the AFL legend was diagnosed with Motor Neurone Disease – a cruel and incurable disease. He knew he had a choice. He could spend his remaining time on earth focussed on himself, or he could seize the opportunity to make a better future for others.

Neale is no stranger to challenge. He grew up on a farm in remote NSW, the third of eleven children. He battled injury during his football career with Essendon in the VFL/ AFL, then jumped on the coaching rollercoaster, leading Melbourne for a decade. As general manager of football operations, he was part of West Coast Eagles’ cultural rebuild.

From the hard-won wisdom of life on the land and the love of his family, to the triumphs and gutting lows of elite football, Neale has learnt to make the most of the cards he’s been dealt – to always live with purpose and to appreciate what he has.

True to form, Neale chose to stare down the disease he calls ‘The Beast’, and in 2014 he co-founded FightMND, an organisation that has since invested over $50 million into research and care initiatives. In 2015, he became the public face of the foundation’s biggest fundraising event, The Big Freeze.

When all is Said and Done is a book of stories and wisdom from a man who has always held his beliefs to the Bunsen burner of life. Neale is unflinchingly honest, sharing a timely reminder that, even though life doesn’t promise to be fair, we all have the power to choose how to make every day count.

Foreword by Pat Cunningham
1. Hold your beliefs to the Bunsen burner
2. Life doesn’t promise to be fair
3. Know where you come from
4. Watch and learn
5. At some stage, you’ve got to make a break
6. Grow through what you go through
7. Balance is not something you find, it’s something you create
8. Sometimes being smart is admitting you don’t know
something
9. All you can do is barrack for the coin to land on heads most
of the time
10. It’s often in the darkest skies we see the brightest stars
11. Keep both hands on the wheel
12. Life’s great rewards are hidden in humanity’s messy glory

13. Stuff it, do it anyway
14. When it’s your turn to go, you’ve got to go
15. Passion might ignite the flame, but purpose keeps it burning
16. Don’t be too hard-arsed
17. The seed is in the dirt, it just hasn’t shot yet
18. One finger can’t lift a pebble
19. Save the little white lies for Grandma’s cake
20. Trust is the oil that greases the engine to get things done
21. Don’t let the bastards win both ways
22. Pass it on
23. Success is never final, failure never fatal
24. Play on
25. When you’re dying, everyone thinks you’re a great bloke
Letter to my grandkids

Before contacting us, please read the FAQs.

WHEN ALL IS SAID & DONE